Pearl of the north-east coast of Sardinia, Alghero is known as the «Little Barcelona» due to the strong influence that the Catalans have had on its history, architecture and culture, not to mention the languages. In fact, a variant of Catalan is spoken in the city, recognised as a minority language.

The scent of the sea and the view from the city walls will enchant you. This is the raised waterfront, built on the ancient defensive walls constructed by the Dorias and enlarged by the Catalans, a rare case of defensive architecture which has survived.

There are several towers, constructed for military purposes, which are part of the heritage of the city. One of the best known is the San Giovanni Tower, also known as the Middle Tower due to its strategic position, halfway between the Porta Terra Tower (entrance to the city) and Porta Sulis.

In the centre, with its cobbled streets, you will find San Michele Church, named after the patron saint of the city. Its tiled dome is not to be missed and is one of the symbols of Alghero.

A visit to the MuSA, the archaeological museum, is a must. You will learn more about the genesis of the city and its soul.

Passing through the centre, among artisan shops and cafes, you reach Santa Maria Cathedral and its bell tower, which you can visit. The view from the top of the bell tower is spectacular, especially at sunset. After sunset, we advise you to stay in the waterfront area, because the night is young in Alghero.

Less than 10 km from the historic centre you will find yourself thousands of years in the past. The Anghelu Ruju Necropolis was discovered by chance in 1903. It is one of the most important archaeological sites on the island, with a vast network of artificial caves, richly decorated to recreate the homes of the living.

As splendid during the day as it is fascinating at night, Alghero will not fail to enchant you from sunset to sunrise. Its typical restaurants on the seafront will allow you to savour the typical dishes of the Catalan city while admiring a breathtaking view.

Let yourself be carried away by the nightlife of the town, sipping cocktails by the sea and enjoying a calendar of events which includes big names from music and entertainment and many events on the waterfront.

In June, Alghero dresses up for the San Giovanni Festival, where you can lose yourself in the flavours of local delicacies found at the food and wine stands. The festival is part of a long artistic event, Los Pintores de La Muralla, which includes events right through until October.

From the centre of Alghero we advise you to follow the coast and the SP 55 road which will take you to discover the town’s enchanting beaches. One known for its beauty above all is the Bombarde Beach, set in lush nature and with light sand.

Continuing along the SP 55 you arrive at the Porto Conte Regional Natural Park. Several wonders are hosted here, including the Botanical Garden, a treasure chest containing rare and precious plants and the Antoine De Saint-Exupéry Museum, dedicated to the author of «The Little Prince» who stayed in the Bay of Porto Conte in 1944.

The park is the prelude to the protected marine area of Capo Caccia where, thanks to guided tours and on-site activities, you can immerse yourself in a wonderful ecosystem. Don’t miss the guided tours of the submerged caves, such as Nereo’s Cave or the Ghosts’ Cave.

Continuing south, you arrive at Neptune’s Cave. Over 2.5 km of accessible caves which enclose Lake La Marmora, considered one of the largest salt lakes in Europe, and the Smith Hall, where the Great Organ is found. It is the most imposing column in the entire cave whose name comes from its form, which resembles the pipes of an organ.

From Alghero it is easy to travel along the SP 42, known as the “Due Mari”. Passing through the countryside rich in crops and colours, you soon arrive in Castelsardo, a small and charming town.

Before reaching the city, however, we strongly recommend a small detour to admire the Elephant’s Rock. Sculpted by wind and atmospheric agents, the Rock, which has a particular rusty colour, resembles a seated pachyderm.

Castelsardo, included in the network of the most beautiful villages in Italy, was founded by the Doria family in 1102. For years it housed Judge Eleonora D’Arborea, whose namesake palace can be visited and where remote guided tours begin.
Also worth visiting is the nearby Doria Palace and Saint Antonio Abate Cathedral, whose festival is certainly worth experiencing.
Stop for lunch or dinner and savour Castellanese Soup, an autochthonous dish of fish from the Gulf of Asinara. In July you can immerse yourself in the «Castelsardo DiVino» food and wine event, with local excellences.

Valledoria, just 15 km from Castelsardo, owes its origins to the Doria family, although its history has its roots in Roman times.
Codaruina, the other name of the centre, derives from Latin and indicates part of the remains of the ancient Roman port of Ampurias.
During the day, try snorkeling in the blue water or fly over it while kitesurfing. At sunset take a moment to see the sun magnificiently plunging into the sea.

White sand and crystal clear waters. La Pelosa beach has been named the best beach in Italy many times, thanks also to the fact that Isola Piana, which is in front of the beach, protects it from the wind.

Take a mountain bike and enjoy an excursion to the stacks of Capo Falcone and Falcon’s Tower. Look around: to the west you will see imposing, overhanging cliffs and rough sea; to the east you will see the placidity and shades of the «Sea of seven colours».

An almost unspoilt paradise, the Asinara Island can be reached by ferry. Formerly the site of a maximum security prison, it hosted judges Falcone and Borsellino on the eve of the maxi trial.
Now the island is a protected national park, rich in flora and fauna, such as the albino donkeys from which many think the name of the island derives. Actually, «Asinara» is a distortion of two Latin terms that indicate the sinuous curves of its coasts.

Alghero and its surroundings offer unique flavours and aromas. The aforementioned Algherese Paella is certainly recommended, accompanied by a good wine.

Speaking of wine: the Sella & Mosca Estates are located just over 10 km from the city. On site there is the possibility to take part in wine-tasting itineraries and to stay at Casa Villamarina in the centre of the estate.

Another example of excellence in the field of wine production is the Santa Maria La Palma Winery, near the homonymous village. Try the guided tour with tasting to discover the aromas and flavours of the winery, from Vermentino to Monica, passing through Cannonau and Cagnulari.

If you are curious to taste the cakes of Alguer (the name of Alghero in Catalan), don’t miss the Tabaqueras, a veil of puff pastry that contains a thick and fragrant lemon cream, with a consistency similar to pudding, called Menjar Blanc.

Are you eager to taste traditional food? Look for the aniseed bread which is typical of the city. During the holidays it is sold in the form of a seahorse. Rarer is the Ous de Buchacas (pocket egg), a spherical loaf of aniseed bread covered with a sweet sugar glaze. 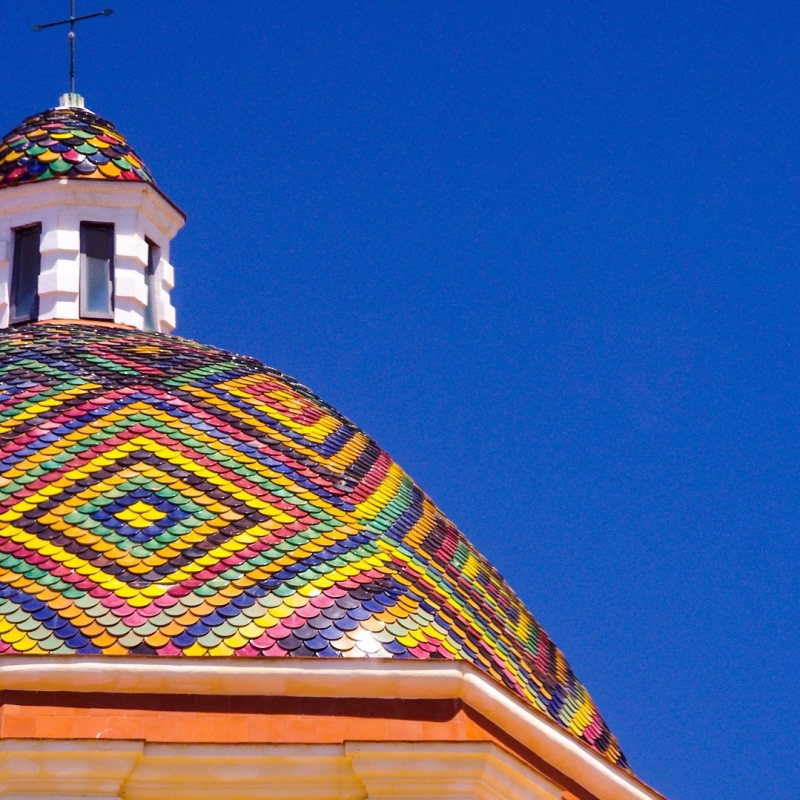 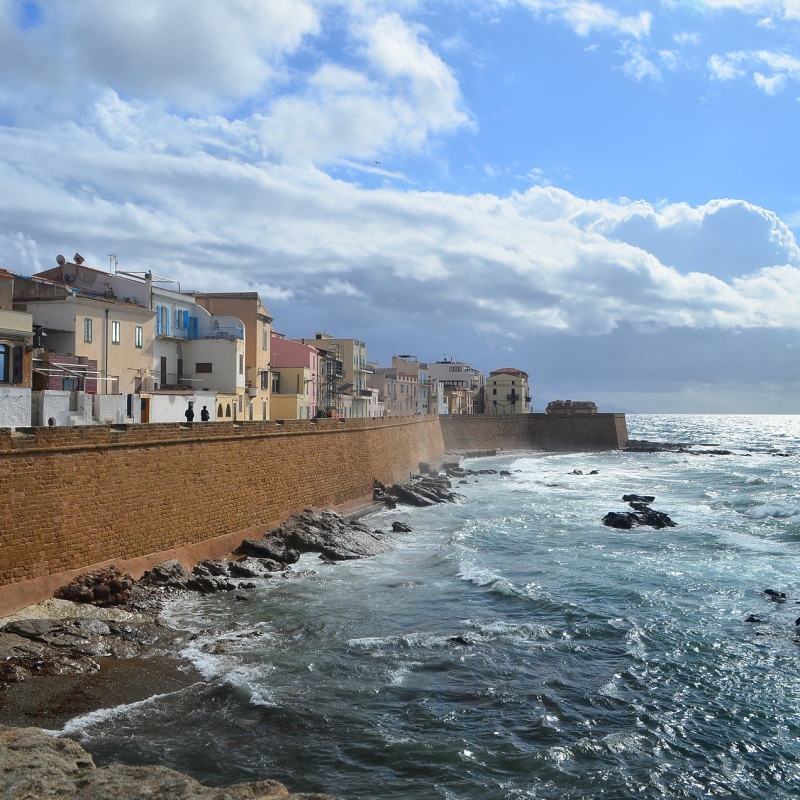 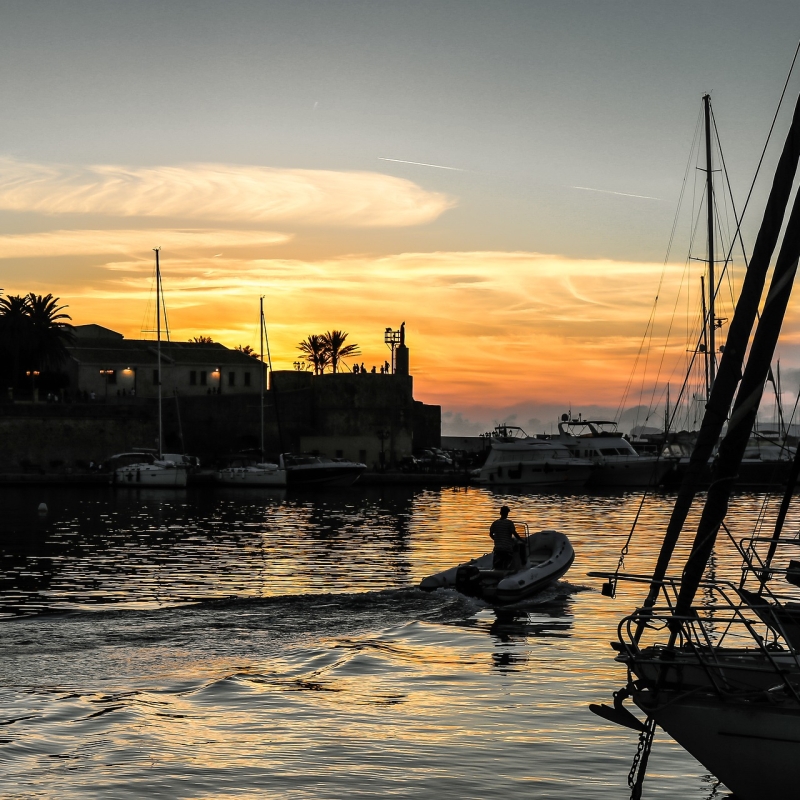 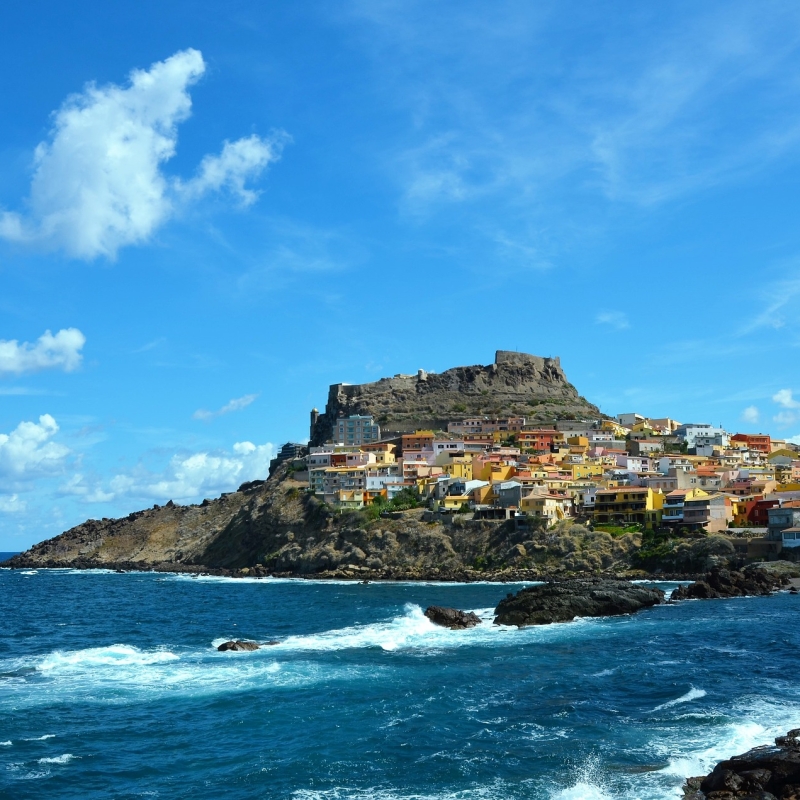 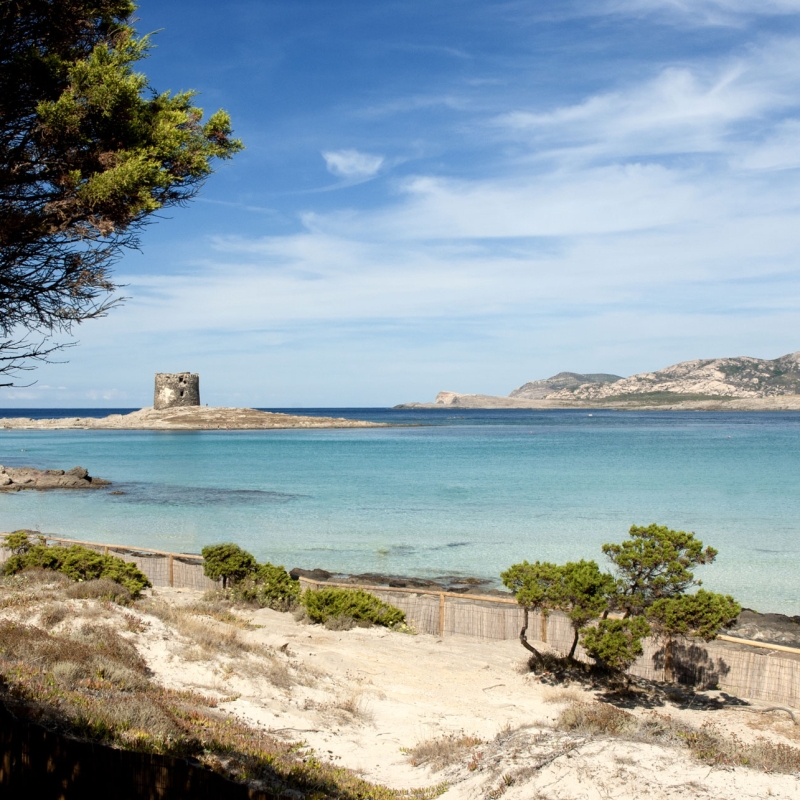 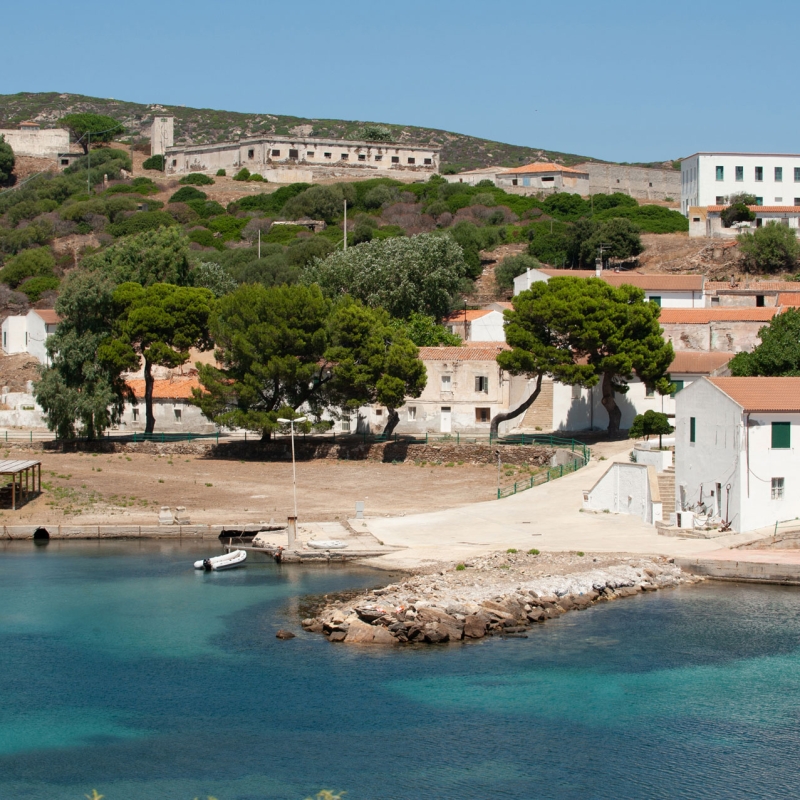 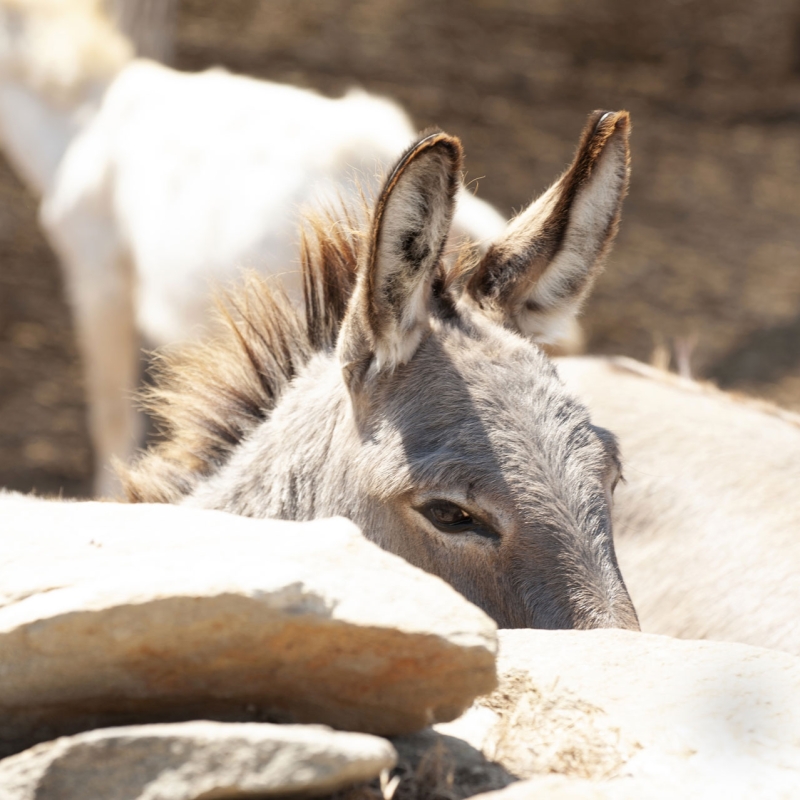 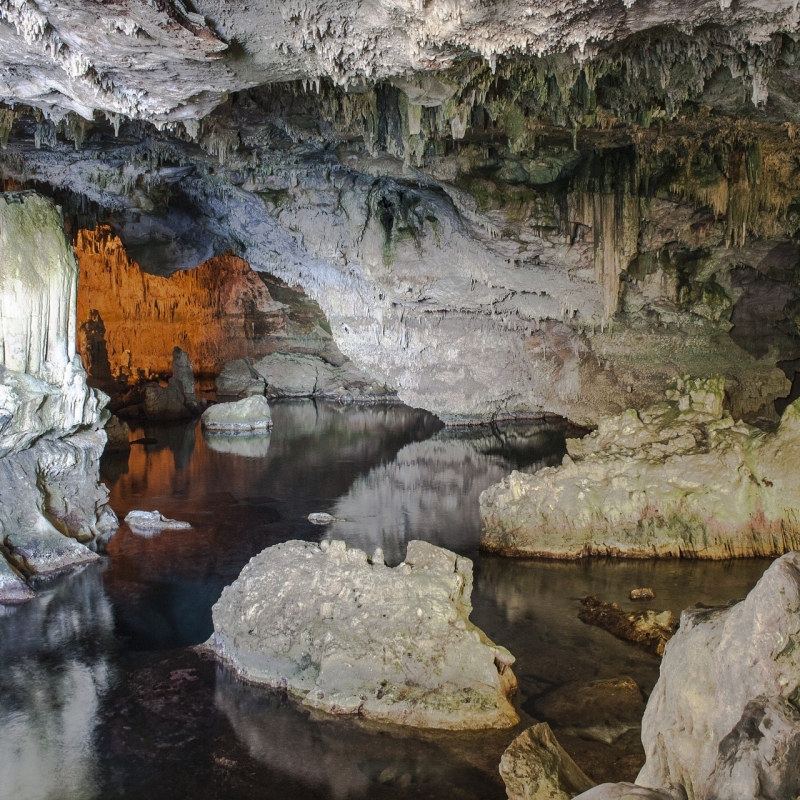