Olbia, the city of dreams where everything is possible

Olbia is the largest city in the north east of Sardinia as well as the capital of the beautiful Gallura region, a land which is still wild, rich in traditions, ancient history and food and wine culture.

Although not as famous as the towns of Porto Cervo and Porto Rotondo in nearby Costa Smeralda, a favourite destination of the international jet-set, Olbia is a town with a lot to offer, with a beautiful promenade, a street full of boutiques, bars, wine bars and restaurants and a lively nightlife.

It is not unusual to meet famous people such as cinema and sport celebrities and eccentric millionaires driving luxury cars. You can admire mega yachts and see in the sky a continuous succession of private jets and helicopters arriving and departing from the airport.

Olbia, however, is not only known for its elite and luxurious lifestyle, for high fashion boutiques and exclusive clubs, but also for the beauty of its territory which includes rural areas, hills, spectacular granite monoliths with archaeological areas of great historical interest, small bays and beaches of fine sand washed by a crystalline and uncontaminated sea, ideal for lovers of snorkeling and water activities.

The first itinerary will reveal to you the most spiritual and meditative part of the island. You will discover sacred places immersed in pristine nature full of energy and charm. It is an «on the road» journey which starts from Olbia international airport. In the eastern part, more precisely on the road to Golfo Aranci, you will find the sacred well of “Sa Testa”, the best conserved of its kind. The site is of particular interest for the customs which in the past were linked to the cult of water.

After this visit, resuming the provincial road towards Arzachena, on a granite promontory overlooking the Capichera valley surrounded by vineyards, you will find the Nuragic complex “La Prisgiona”, considered a real pearl of the island’s archeology.

Not far away, there is the Necropolis of Li Muri, an ancient and meditative place which has often been the setting for cultural and artistic events.

Returning to road 133 towards Palau, you enter the typical mountainous landscape of Gallura, characterised by the presence of numerous «stazzi», rural buildings connected to agro-pastoral activity now often used as tourist accommodation.

You then come to the village of Santa Teresa di Gallura, in the locality of Santa Reparata, and the archaeological site of “Lu Brandali”, around which there is a nuraghe, a village and the remains of a “giants’ tomb”.

If you want to have even more magical and evocative experiences, you can visit Moon Valley, a surreal place of primordial beauty, frozen in time. A lunar landscape, solitary and wild, full of monoliths that the wind and the sea have smoothed and shaped into original and unusual shapes, similar to sculptures.

Don’t miss out on a short stop on the Promontory of Capo Testa to admire the panorama and let yourself be overwhelmed by the scent of helichrysum, juniper and myrtle before beginning your next surprising adventure.

The second itinerary is dedicated to sports and adventure lovers and allows you to discover the wonders of Sardinia without getting bored even for a second.

Thanks to its mild climate, unspoilt nature and beautiful sea, there are many activities that can be practiced on the island by lovers of the outdoors.

There are numerous trekking itineraries in Gallura, such as in the nearby Capo Testa and Moon Valley, which can be done especially in autumn and spring when the colours and scents are decidedly more intense.

Not everyone knows that Sardinia is one of the best destinations in Europe for rock climbing, thanks to its enormous variety of rock formations, from granite massifs to high limestone cliffs overlooking the sea. The area of Cala Gonone is particularily famous and exciting for anyone who would like to do this sport, be they beginners or experts.

If you are passionate about the sea, you really are spoilt for choice!
For lovers of kitesurfing and windsurfing we recommend Porto Pollo, a real mecca for lovers of these sports. For sailors, the sailing school on the island of Caprera, set in unique and suggestive surroundings, is well known both nationally and internationally.

For those looking for something adventurous, the island of Tavolara is definitely an unmissable destination. Here you can take part in SUP and Kayak trips and underwater activities such as snorkeling and diving within the renowned marine protected area of the Kingdom of Tavolara.

This is considered to be one of the most suggestive and precious areas of the whole Mediterranean Sea. What makes it unique is the presence of numerous animal species, the submerged wreck of the ship Crisi and many inlets and coves which can be explored thanks to the support of expert guides and local organisations.

This itinerary was created to let you live unique experiences and explore the authentic side of the island. You will be able to taste superb foods and wines which will allow you to get to know the excellence of Gallura while at the same time being surprised by the faces and stories of those who produce them.

There are many wineries in the area, some of which produce the prized Vermentino, with the DOCG (Designation of Controlled Origin) mark of excellence, created thanks to the skills of local winemakers. In this regard, we cannot fail to mention the very famous and award-winning Capichera which takes its name from the area in which it is grown.

For a total immersion in the ancient eno-gastronomic culture of Sardinia, cooking courses are increasingly popular. They take place in rural settings or private homes and include both the preparation and the tasting of typical dishes.

Participating in the lessons for the preparation of culurgiones, malloreddus or other typical dishes is a unique experience which allows you to learn directly from the skilled hands of those who make them. You will hear the secrets and anecdotes and learn about the culture behind the creation of each dish.

Going inland, a stop in Berchidda is a must. Here you can taste the typical bean soup with sausage, lard, cabbage and fennel.

After a visit to the wine museum, the journey continues along the spectacular Lake Coghinas road, which will take you near to Mount Limbara.

This area boasts a special production of Moscato di Sardegna which goes perfectly with the typical carnival cakes such as frisgioli longhi, soft pancakes flavoured with orange peel and covered with sugar.

Sardinia is the guardian of some of the most beautiful and unspoilt beaches in the world, as breathtaking as the most famous Caribbean coasts. On this trip in the north of Sardinia you will be able to discover the various landscapes of the Sardinian coast and appreciate its true natural beauty.

Starting from Olbia, the most famous beach is Porto Istana, located a short distance from Porto San Paolo. This beach is especially loved by children because of its fine white sand. From here, continuing along the coast, you come to the beautiful Cala Goloritzè — Baunei. This beach, located in the Gulf of Orosei, in the eastern part of the island, can only be reached by sea or along a long path which starts from Su Porteddu. Its characteristics are transparent and crystalline waters with depths that can rapidly reach 30 metres.

If the eastern part of the island intrigues you, once you leave Olbia international airport you will be spoilt for choice. Here the road winds through wonderful isolated coves and wider beaches, such as the nearby Cala Banana, Nodu Pianu or the splendid Principe beach in the Porto Cervo area.
The latter is considered one of the most beautiful beaches of the entire Costa Smeralda, set in a breathtaking natural environment, surrounded by smoothly shaped granite rocks and characterised by very fine white sand.

This tour is designed for lovers of folklore. It is a journey to discover the traditions, customs and habits of a unique people who love to pass down from generation to generation their village festivals and authentic flavours.
Indeed, the island has a a very old and full calendar of events throughout the year. You will be spoilt for choice.

During the first weeks of January, immediately after Epiphany, in the area of Mammoiada (Nuoro), the San Antonio Abate “Festa de Fuochi”takes place. Fires, banquets, dances and music unite the community in a single solemn festival with an ancient atmosphere. The conclusion of the fires marks the beginning of the carnival on the island, which each community celebrates according to its own codes and particularities and which is celebrated in Mammoiada with the custom of wearing Mamuthones and Issohadores, typical masks of the Sardinian carnival.

In the Tempio Pausania area, in addition to the typical parade of masks, allegorical floats, such as that of King George, invade the streets of the town. The king of the carnival will first be celebrated and then burned because he is responsible for all of the ills of the city.

Considered one of the most heartfelt and fascinating events on the Sardinian cultural calendar, the celebration of the Orotelli carnival is deeply loved both by its community and by the guests who take part in it, as it is capable of engaging all those present. An evocative ritual which has taken place for centuries that involves an alternation between sacred and profane, passion and identity, whose masks trace moments of life connected to the agro-pastoral tradition, the climate and the harvest. Thurpos and Thurpos Boes are typical: dressed and hooded with black orbace coats and faces covered with soot, the Thurpos parade throughout the village engaging the spectators with «Su ballo de Sos Thurpos».

The month of May is the month of identity, which marks the beginning of the celebrations for the Festival of San Simplicio (Olbia) and its unmissable mussel festival.

If you are planning your holiday for the end of the month, the Redentore Festival in Nuoro will be an unmissable event, a profound and magical combination of devotion and secular tradition.
With the arrival of summer, in addition to the various wine festivals (Porto Cervo), the celebration of «Lu Coiu» and «Lu Branghisi» is both fun and unusual, a traditional costume wedding that involves the whole community.

During the summer, for lovers of cinema there is the Tavolara Film Festival, which brings the best Italian cinema to the island. For lovers of music there is Time in Jazz in Berchidda, started in 1988 and directed by Paolo Fresu. It is a festival which accompanies the public through art, music and literature characterised by a series of events in suggestive places and scenarios including country churches, views of the sea, town squares, woods and archaeological sites. 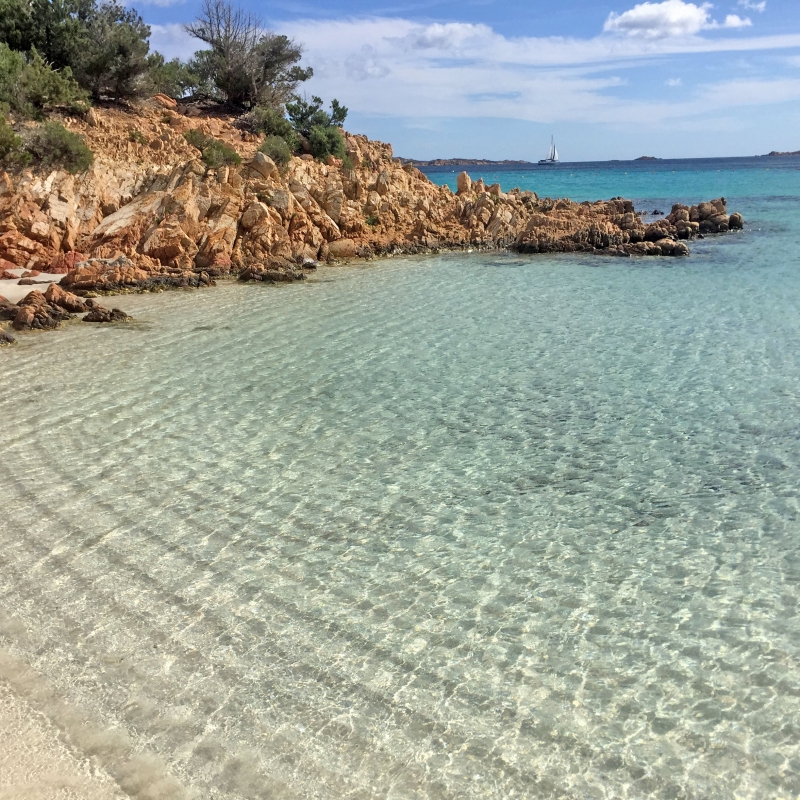 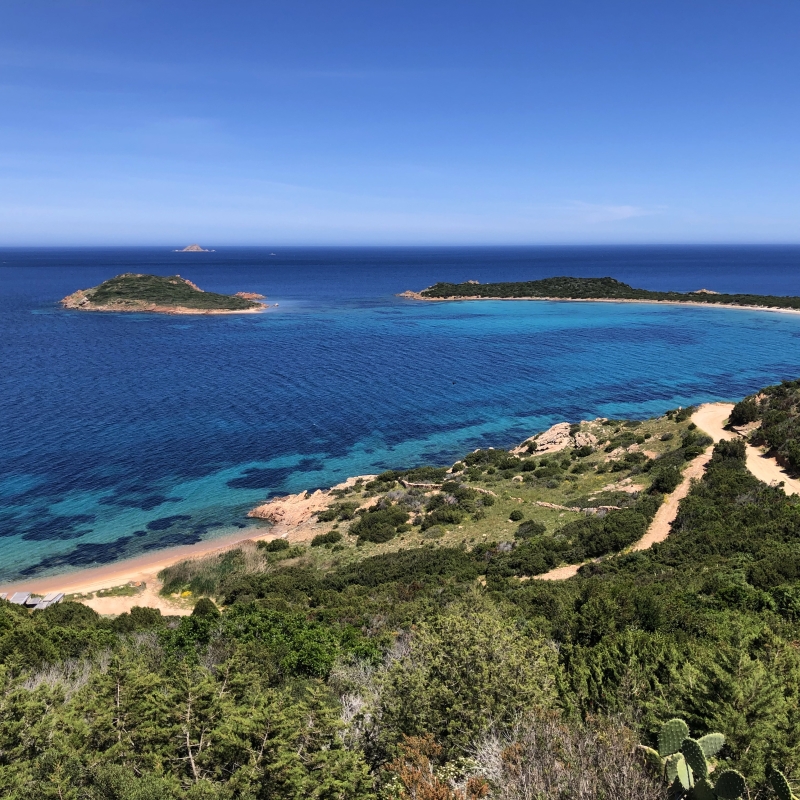 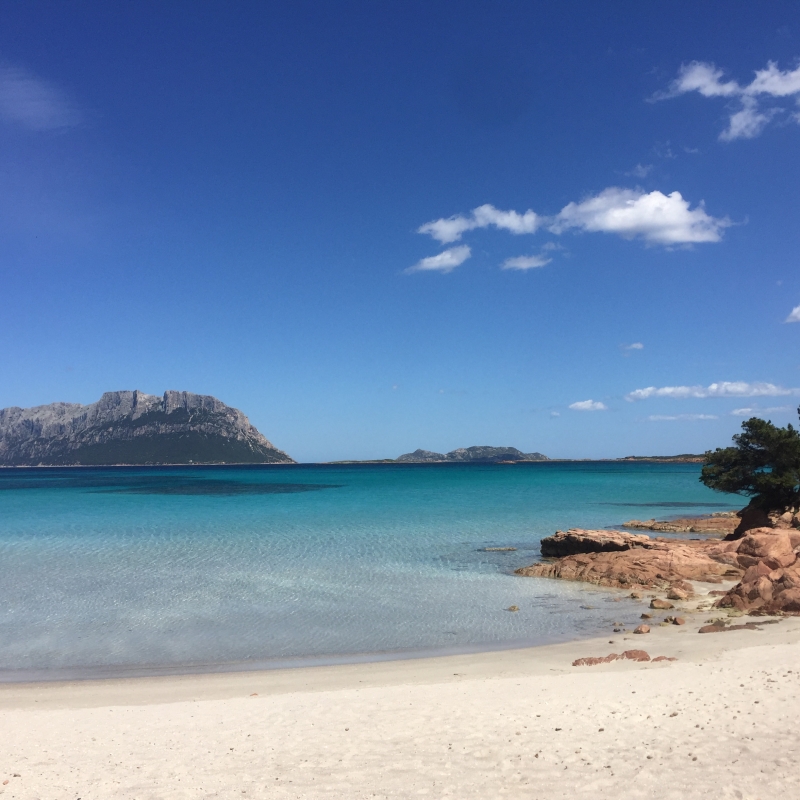 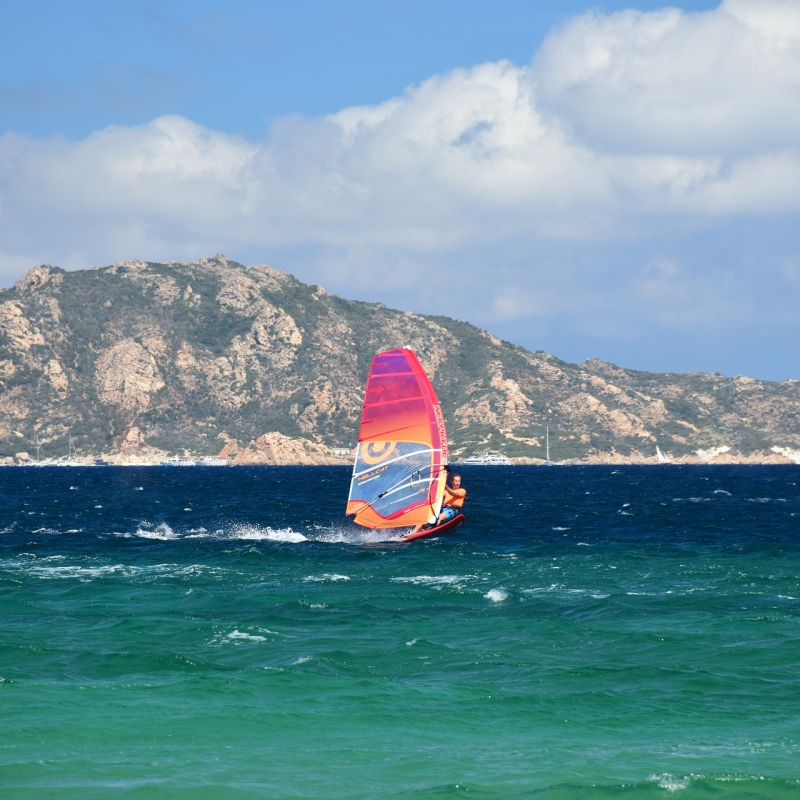 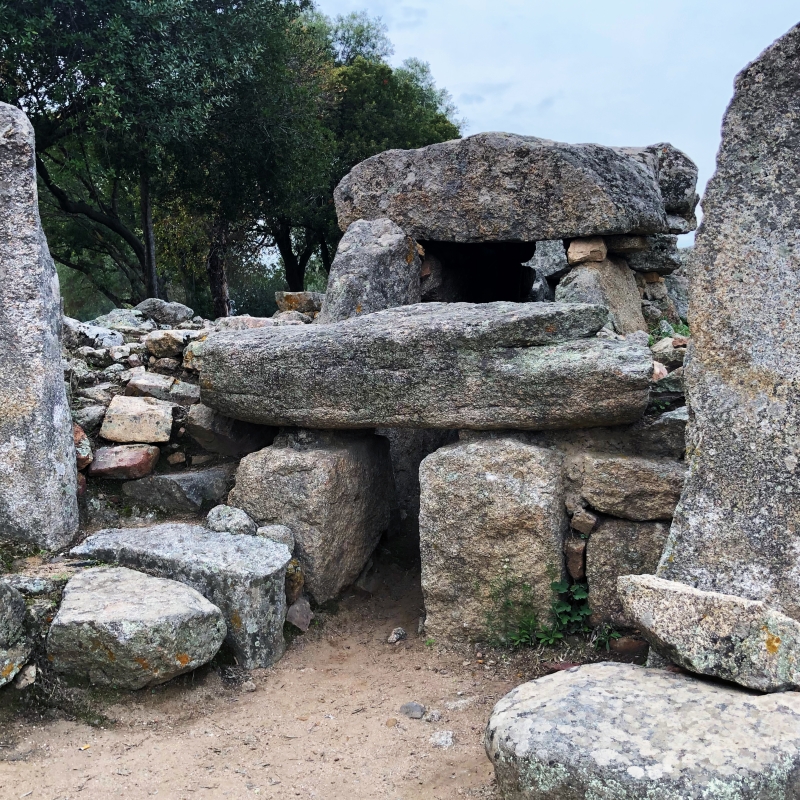 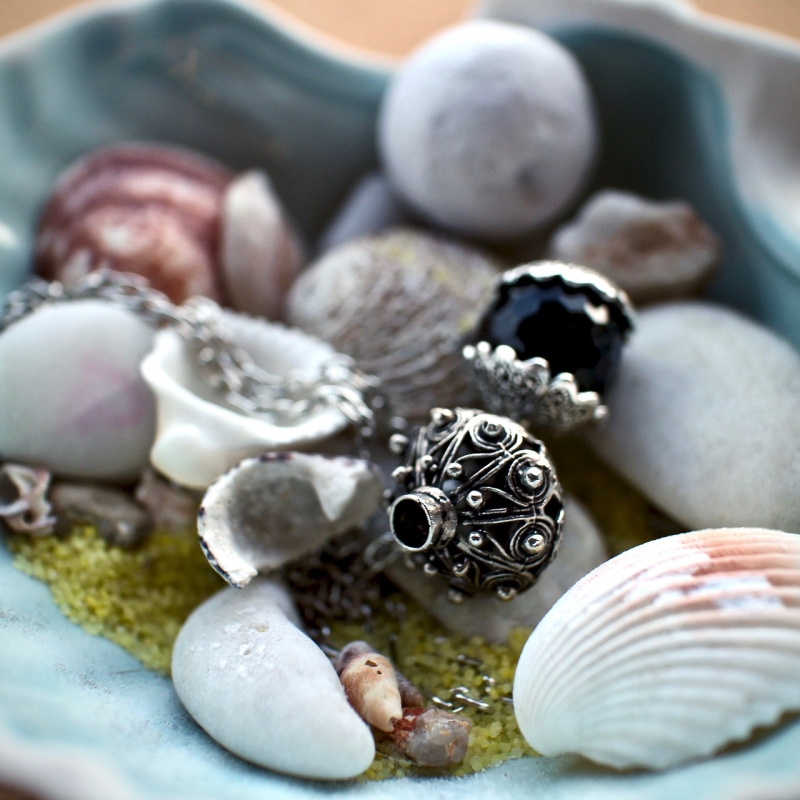 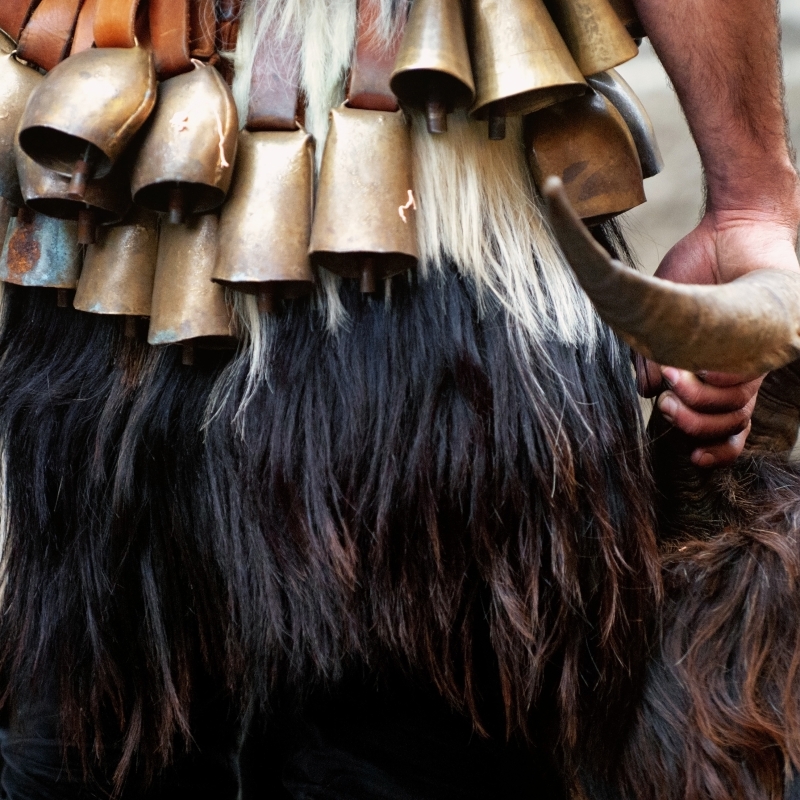 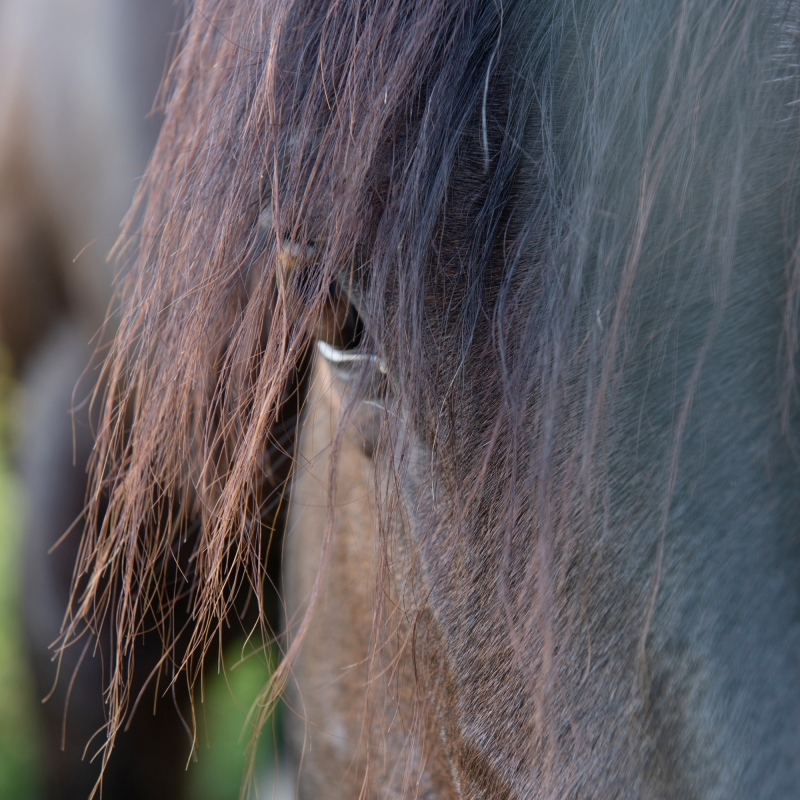